First up, a note about my writing-WIP plans: I mentioned that I had plans to do Camp NaNoWriMo this April, and I have been working on it. However, I have also had lots of other things need my attention, and they are more critical than amateur writing stuff. So, I will be setting aside the Camp NaNo stuff, and working on it later as time allows, but will be doing the other, more pressing, stuff instead. Said “stuff” isn’t going to be discussed on the blog, because it’s personal life stuff and I generally only blog about books, knitting, and writing. It’s not specifically good or bad stuff, just time-sensitive.

The end result, though, is that I won’t feel guilty about blog-hopping instead of working on Camp NaNo Writing. So I’ll be around more than I had been at the beginning of the month, but maybe not quite up to normal yet.

And now on to the knitting.

Remember I mentioned having a bout of startitis? Well, I did end up casting on a new project, the Katy Jubilee shawl by Birgit Freyer: 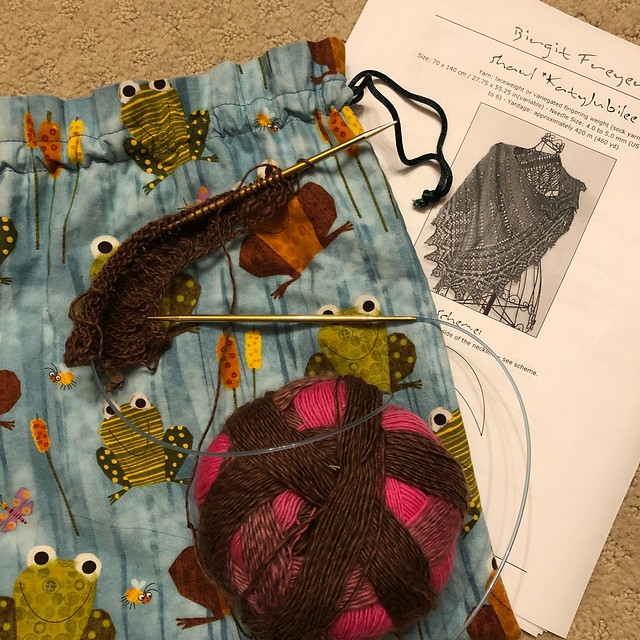 And I enjoyed knitting it. And it was a fast knit. And the yarn (a Schoppel-Wolle Zauberball) was so much fun that I kept knitting. 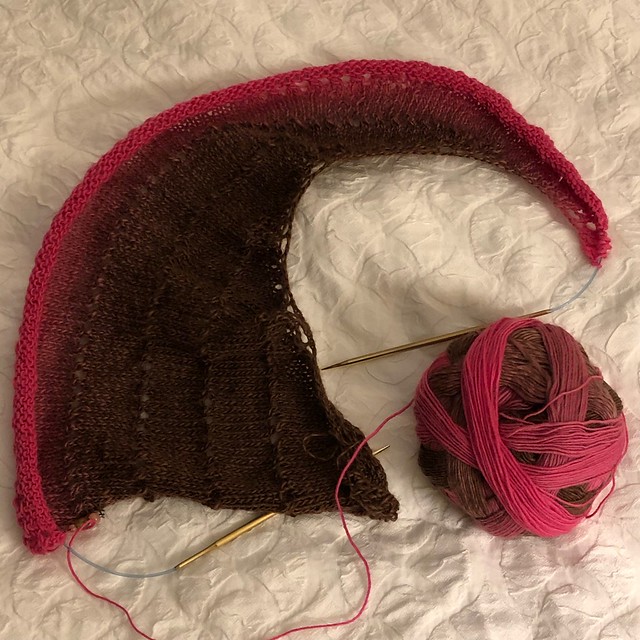 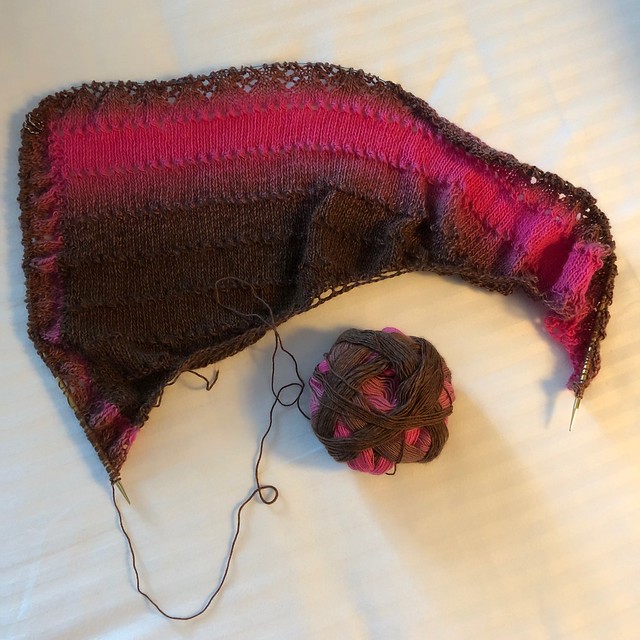 And still kept knitting (ignoring all my other WIPs). 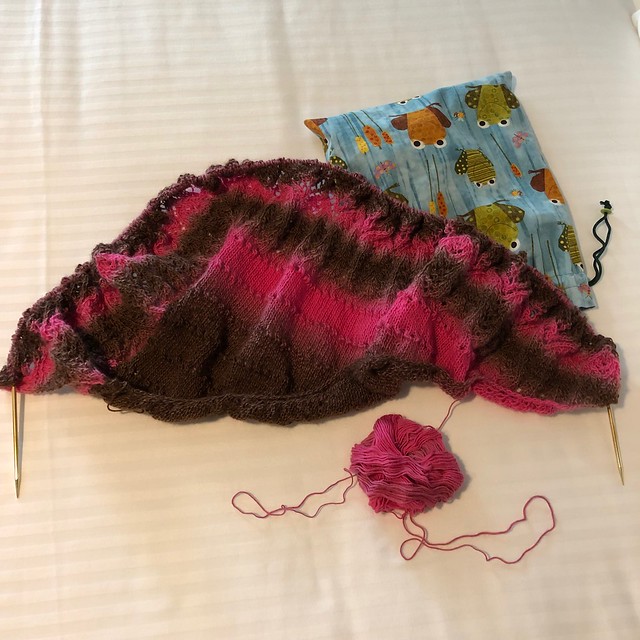 And before I knew it, I was finished.

Well, that’s not entirely true. Before I knew it I was done with the knitting part. Because the crochet bind-off took me two and a half hours. But still, given the project, that was a pretty fast completion time.

It’s soaking now, and then will get blocked. I’ll show it off again when I have official FO pictures of it.

Leave a Reply to Lark @ The Bookwyrm's Hoard Cancel reply