Okay… let’s look at socks this Wednesday! There are a few pairs…

First, the ones that I want to be knitting, and yet feel (semi) guilty knitting because they are for me: the Nessie Expedition socks! 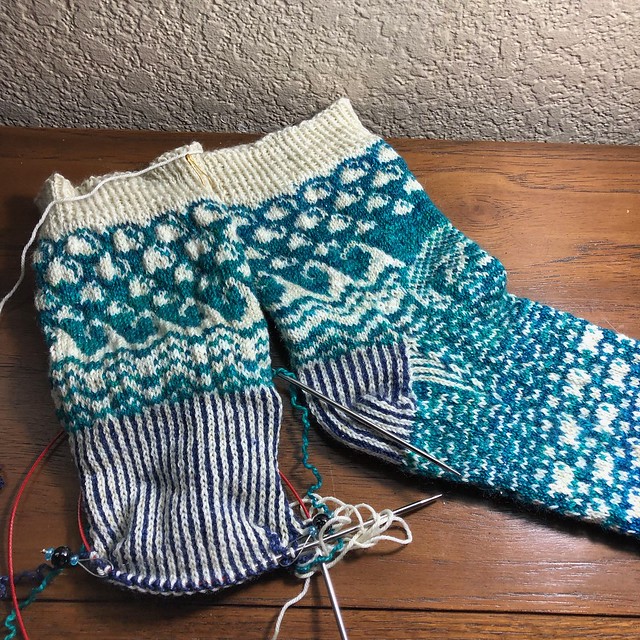 I think I’ve said before, but I messed up the heel on sock #1 and didn’t notice it until I got to the heel on sock #2 and noticed they didn’t match. (See the photo? They don’t match.) I got annoyed and put the socks on time-out, and then started working on gift knitting and didn’t get back to them as quickly as I had wanted to.

The Nessie socks were designed by Megan-Anne of Lattes and Llamas / Geek-A-Long fame, and were a mystery knit-a-long when I started them. I have since fallen way (waaaay) behind, though, and the full pattern is now out and on display.

I’ll be picking these socks up again (I think) after I finish knitting my current pair of gift socks. Which leads us to… the Wrack socks! 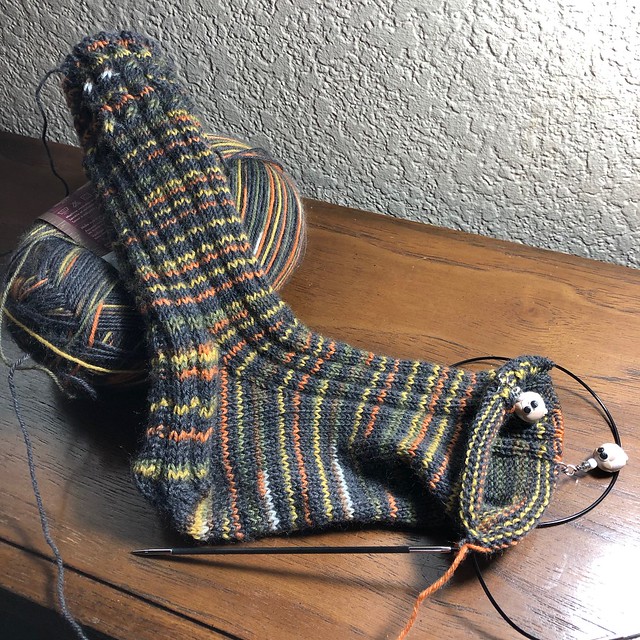 These are a gift knit, but I’m crossing my fingers that I guess right for this person. I know their shoe size, but that only gives a knitter the basic foot size. I’m hoping it’s close enough that I’ll get the gift sock size correct, too. (But to be sure, I hedged my bets and picked a ribbed pattern. That should help.)

Wrack is a sock pattern designed by Hunter Hammersen, whose patterns I absolutely love even though I haven’t knit many of them yet. (Or is that any? This might be my first.)

And… that leads me to something I haven’t been loving nearly as much. My third pair of socks on the needles are the Don’t Cage Me In Socks. 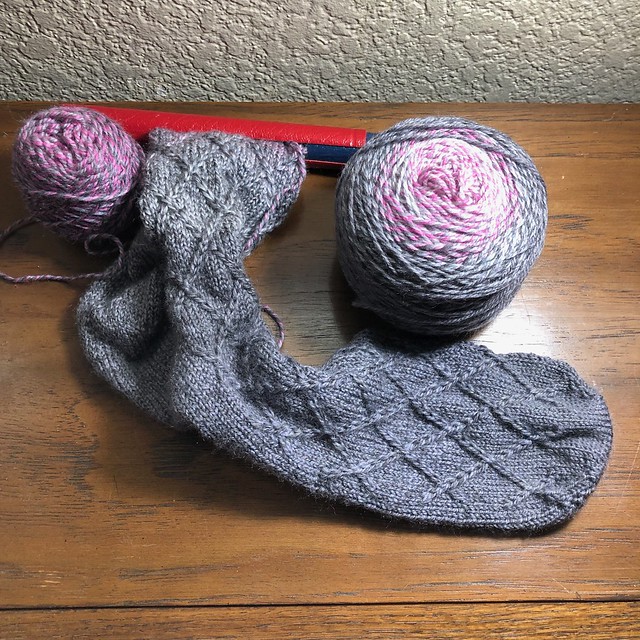 I started these socks about a year ago, except they were going to be a different pattern. And I didn’t like the way it was working up, so I frogged it. I tried something else. Frogged that. Then I cast on the Don’t Cage Me In Socks by Heather Kinne. I love the look of the pattern, but I really want it to be in a more colorful yarn. The gray on this yarn is boring me, even though it is starting to transition into something more fun.

However, since I’ve been having no luck with these socks for the better part of a year (I’ll put them away, then pick them up and look at them and decide to knit something else… again… and again… and again…) I think it’s time to move on from them. If they’d been a book I would have DNFd them by now. So: 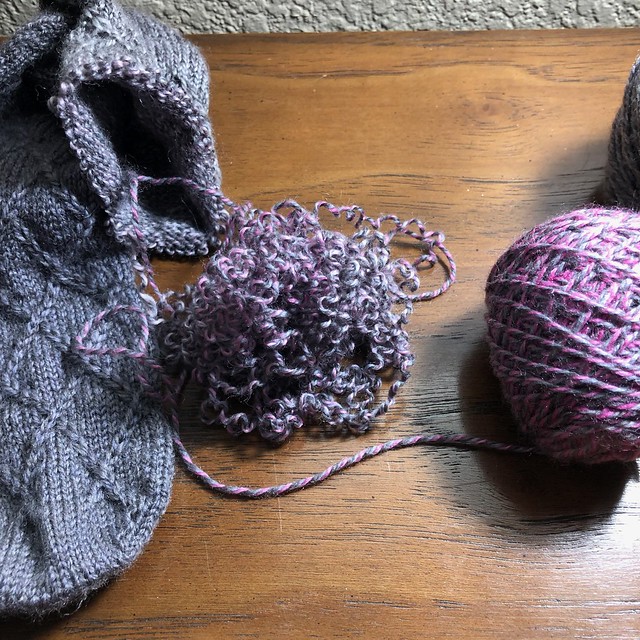 Let’s see about starting something new instead.

(I will quite possibly come back to this sock pattern and/or this yarn later. They just don’t work together for what I want.)

6 thoughts on “WIP Wednesday: Sock It To Me”