I did like the way it looked against a backdrop of a Bahamian island, which is where I spent a good deal of time knitting on it. 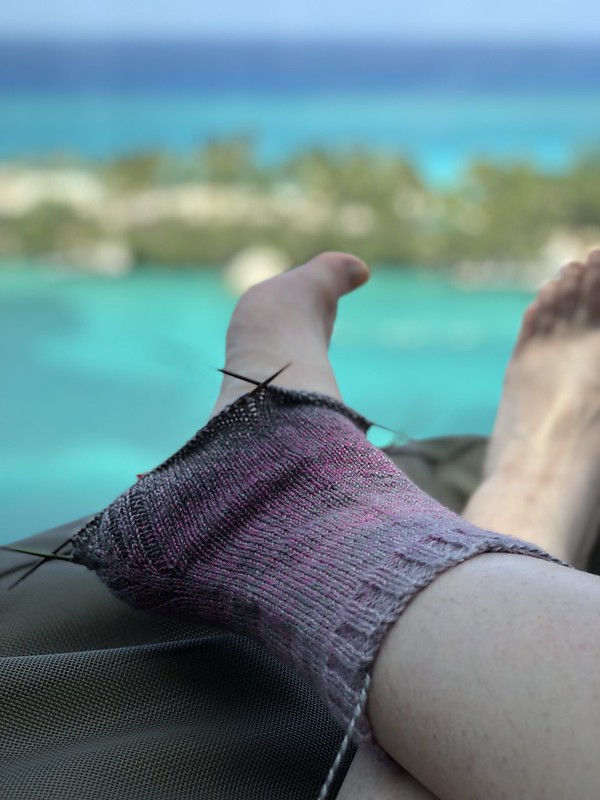 Since it’s been two weeks since my last WIP Weds post, there has been other knitting progress as well. I’ve gotten a little farther on my Groot GAL square: 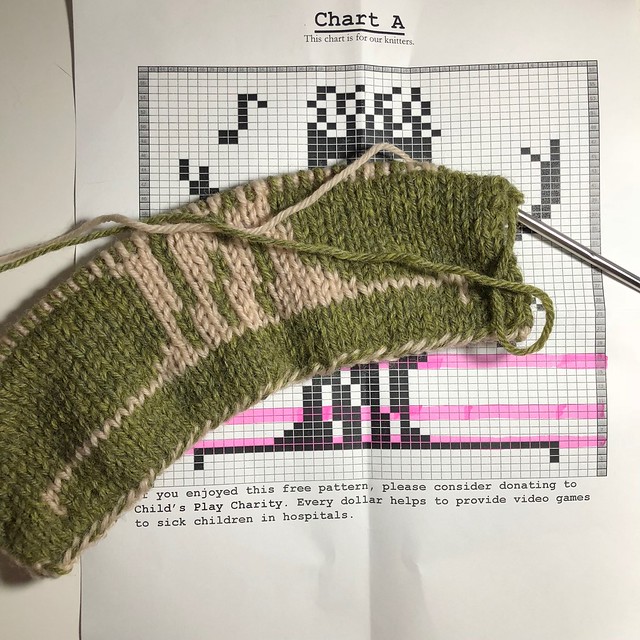 And the Chroma Entrelac Scarf has been growing as well: 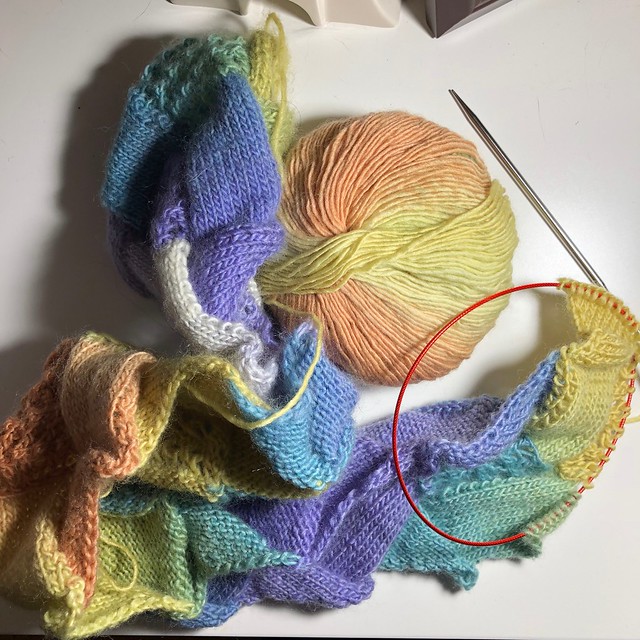 For the most part, though, the knitting of the month has been fighting with the Chroma Twist socks. Alas.

Have a great rest of the week!